Most people can’t guess the nationality of these Bible characters. Can you?

Most people can’t guess the nationality of these Bible characters. Can you?

You must guess the nationalities of at least 9/12 characters to pass the quiz.

You must guess the nationalities of at least 9/12 characters to pass the quiz. 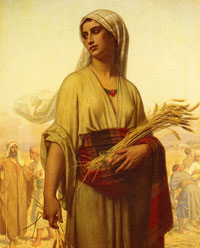 Ruth is a Moabite woman who forsakes her pagan heritage in order to cling to God’s people (Israel).

Both her husband and her father-in-law die, and she helps her mother-in-law, Naomi (an Israelite), find protection. The two of them travel to Bethlehem, where Ruth wins the love of Boaz through her kindness. Because of her faithfulness in a time of national unfaithfulness, God rewards her with a new family and gives her a privileged position in the lineage of David and Christ. Her name means “companion, friend”. Read her amazing story in the Book of Ruth. 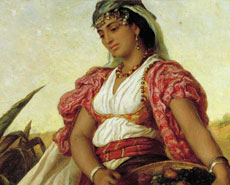 Zipporah is one of the seven daughters of Jethro (Reuel), the priest and prince of Midian. Jethro gave Zipporah to Moses as his wife after Moses had defended Jethro’s daughters from some rude shepherds at the well where they watered their father’s flocks. Moses even drew the water for the animals to drink. Read the full story here: Exodus 2:11-21. 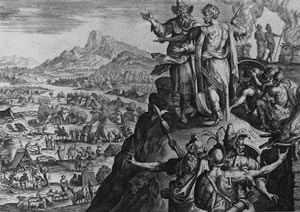 As God’s people (Israel) move closer and closer to the promised land after leaving Egypt, king Balak of Moab becomes alarmed and recognizes that the power of the Jews is supernatural, so he too starts seeking a way of undermining them supernaturally. He commissions Balaam, the non-Jewish sorcerer and prophet, to curse the Jews so he can defeat them.

Read the full story of Balak and Balaam’s endeavor in Numbers 22-24. 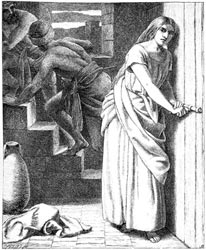 Rahab was a Canaanite woman who lived in Jericho and assisted God’s children (Israel) in capturing the city by hiding two men who had been sent to reconnoiter the city prior to their attack. In the New Testament, she is lauded both as an example of a saint who lived by faith, and as someone “considered righteous” for her works.

Read her story in the Book of Joshua 2. 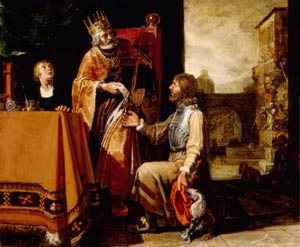 Uriah was one of David’s mighty men, one of his best 37 fighters (2 Samuel 23:8–39 & 1 Chronicles 11:10–47). Uriah, though not a jew, joined David while Saul was still king. Uriah was a hittite, nonetheless, he was obedient, loyal and brave. He fought for David and Israel. However, he had a wife called Bathsheba. One day when Uriah was on the battle field, king David saw Bathsheba from his rooftop while she was bathing in her house and lusted after her. He sent his servants to bring her to him, after which he slept with her. She became pregnant and David tried to cover his sin by killing Uriah. 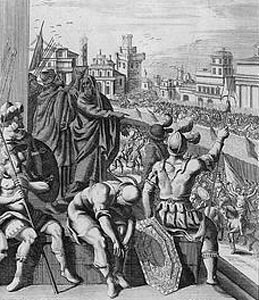 King Asa (king of Judah) called on the king of Syria, Ben-Hadad, to aid him in attacking northern Israel while Baasha restricted access to Jerusalem through border fortifications. Asa sent all the silver and gold in the treasury of the temple to Ben-hadad to form a league with him and to break his league with Baasha, since Ben-hadad had previously made a treaty with Baasha. Ben-hadad accepted Asa’s proposal, broke his treaty with Baasha and attacked northern Israel. Thus Asa succeeded in repulsing Baasha, but at a price which brought upon him God’s rebuke (2 Chron 16:7-9). Ben-hadad had now made some serious inroads into the territory of the northern kingdom. 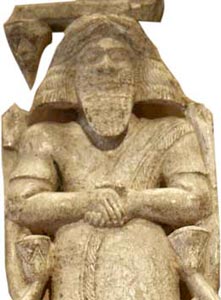 Hazael is one of the most powerful kings of Syria. He was an officer to Ben-hadad II but succeeded him after suffocating him to death. Then he fought mercilessly against the kings of Judah and Israel and defeated them not just once. God used Hazael to reduce Israel in size due to their sin (2 Kings 10:32). Hazael overrun Israel and completely humbled them. To him king Joash gave all the gold that was found in the treasures of the house of the Lord and in the king’s house. 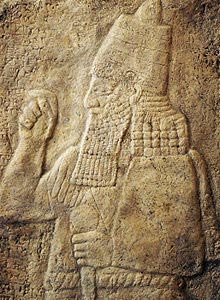 Sennacherib was a fierce conqueror. He was the king of Assyria. He took over any city he attacked in the ancient world. He leveled and fully devastated the great Babylon. He ruthlessly conquered 46 cities (big and small) in Israel. But when he came to Jerusalem that’s when God intervened.

Read what happened from the Book of 2 Kings 18.

See archeological information about him here. 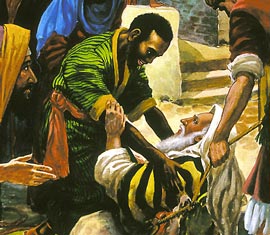 Ebed-Melech (meaning “servant of the king”) was an Ethiopian official at the palace of king Zedekiah of Judah during the siege of Jerusalem. Ebed-Melech had put his trust in God and is recognized for rescuing God’s prophet – Jeremiah.

See his amazing story and how God rewarded him in the Book of Jeremiah 38. 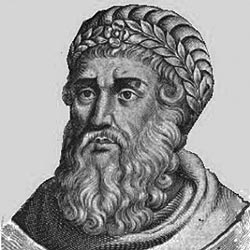 Though Herod the Great was one of the most prolific builders of the ancient world (he completely rebuilt the temple in Jerusalem among many other projects), he was also a ruthless tyrant. Friend to Mark Antony, he was trusted by the Romans and hated by the Jews. He was the ruler of Judea when Jesus was born to Joseph and Mary. He is the Herod who ordered the massacre of the innocents in and around Bethlehem. He was an Idumaean (which is an Edomite). 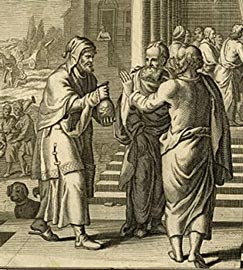 Simon was a Samaritan magus or religious figure of the 1st century AD and a convert to Christianity, baptized by Philip the Evangelist. After becoming a Christian, however, he offered to purchase from the Apostles Peter and John the supernatural power of transmitting the Holy Spirit, thus giving rise to the term “simony” (paying for position and influence in the church). 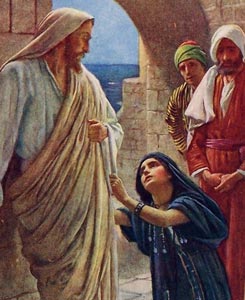 #12. The woman who said, "Yes, Lord. Yet even the puppies eat the crumbs that fall from their masters’ tables."

This woman puts her trust in Jesus and asks Him to heal her daughter of demon possession. She is a gentile from the region of Phoenicia in Syria. She recognizes Jesus as Master and Lord and demonstrates such amazing faith that Jesus specifically commends her.

Read this extraordinary story in Matthew 15 and Mark 7.

You did very well! Aren’t these stories amazing? These are the real stories of real people from various nationalities and various backgrounds, just like you and I. Some of these stories show that when a choice has to be made between ethnicity and trust in Yahweh, faith wins the day. And then all of them speak of the sovereignty, the power and the majesty of God over all the nations and all the earth.

What is your life story? Does it display God’s power and grace against the backdrop of trust and obedience? God’s reward is certain. Put your trust in Jesus daily.

If you’ve enjoyed this quiz, I invite you to share it with others. 🙂

You were not sure about the nationalities of some of these people, but here is what’s important: these are the real stories of real people from various nationalities and various backgrounds, just like you and I. And some of these stories show that when a choice has to be made between ethnicity and trust in Yahweh, faith wins the day.

What is your choice in your circumstances today? Is your trust in Jesus? What will your life story be? Will your name and story be in the Book of Life?

If you’ve been blessed by taking a look at the stories of these various people both big and small, then, do share this quiz with others that they also may take part in the blessing. 🙂

“After these things I looked, and behold, a great multitude which no one could number, of all nations, tribes, peoples, and tongues, standing before the throne and before the Lamb, clothed with white robes, with palm branches in their hands.”

Wisdom Is Not Knowledge

Let Us Lay Aside Every Weight

If You Can, Believe In God

Sins of the Past

Wait, Our Children Will Fly?

HOME PAGE
SERMONS
WHO WE ARE
GET IN TOUCH

Wisdom Is Not Knowledge

Let Us Lay Aside Every Weight